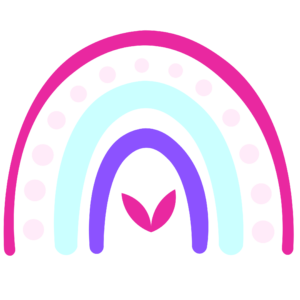 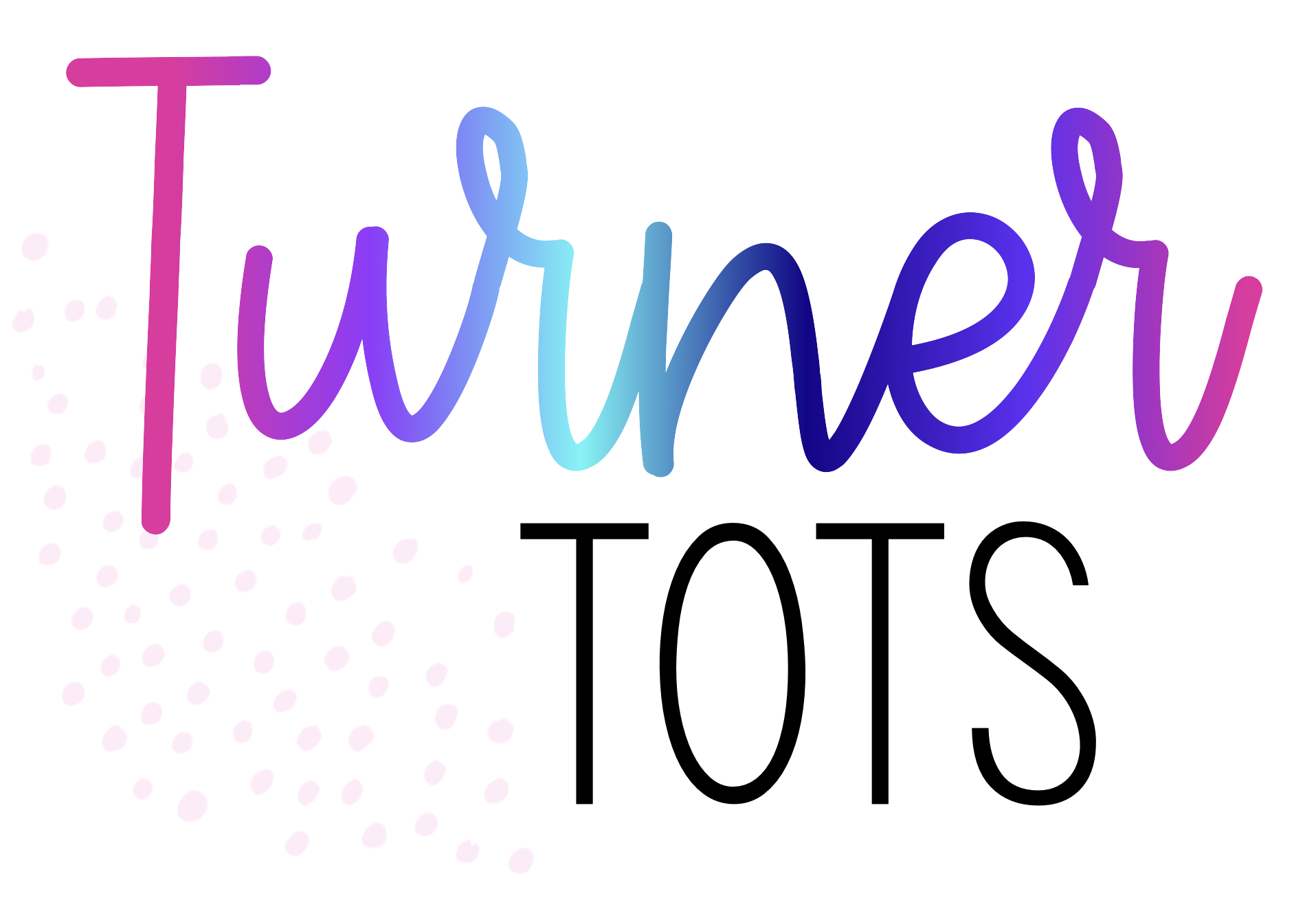 I had the opportunity to travel with my sister to Washington D.C. a few years ago, and it was life-changing. This incredible city summoned feelings that I didn’t know existed: immense pride, achievement, gratitude, sorrow, and awe, to state a few. It was almost as if I was transported to a new era, one that only existed in books. But the crazy thing is that all of the events really happened, and being in Washington D.C. made me incredibly proud to be an American. I want to instill those feelings in my children, too, which can only begin at the beginning: with the basic understanding of our country. So I’ve incorporated some of those basic ideas into these USA literacy activities for preschoolers. Check it out! 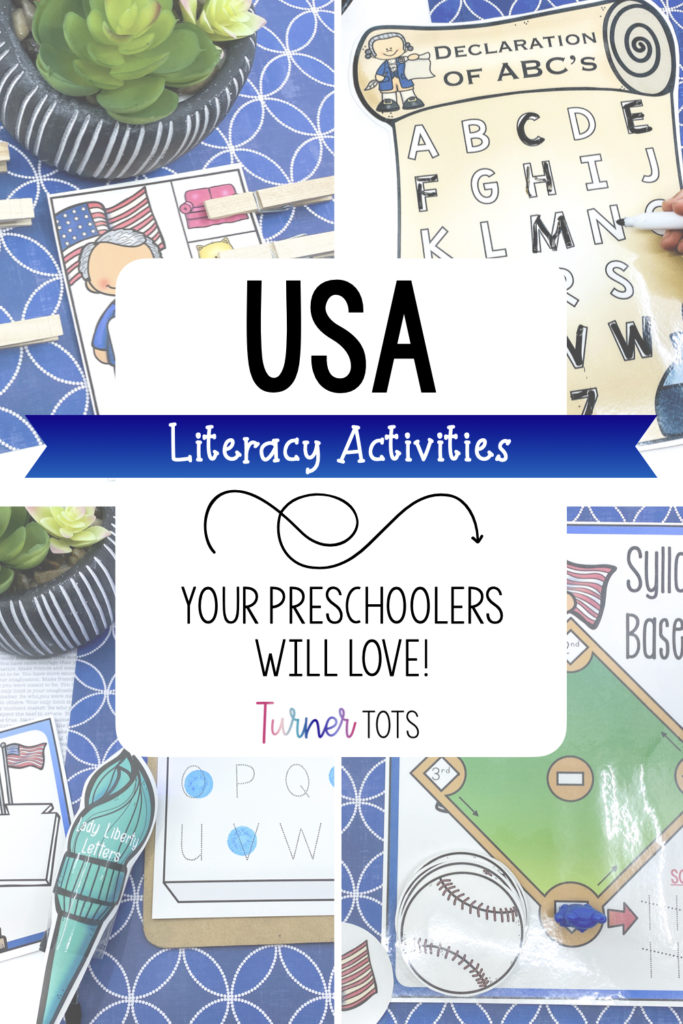 This post contains Amazon affiliate links, which means I earn a small commission from qualifying purchases at no extra cost to you by linking to Amazon.com. See the full disclosure here. 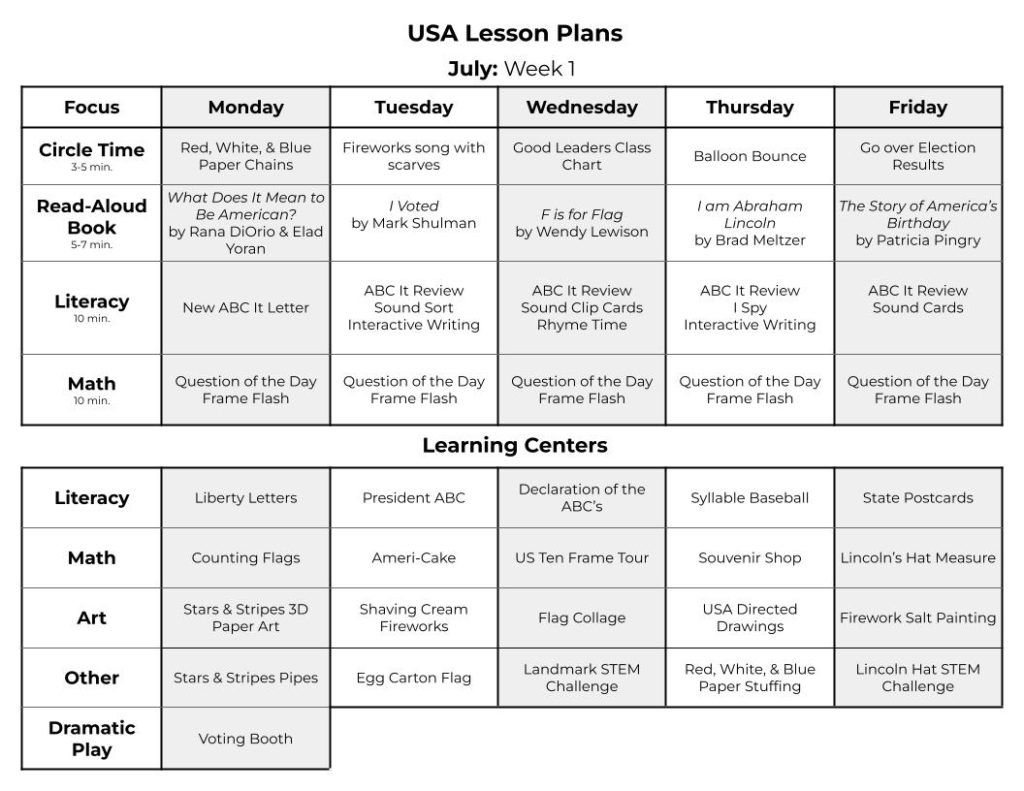 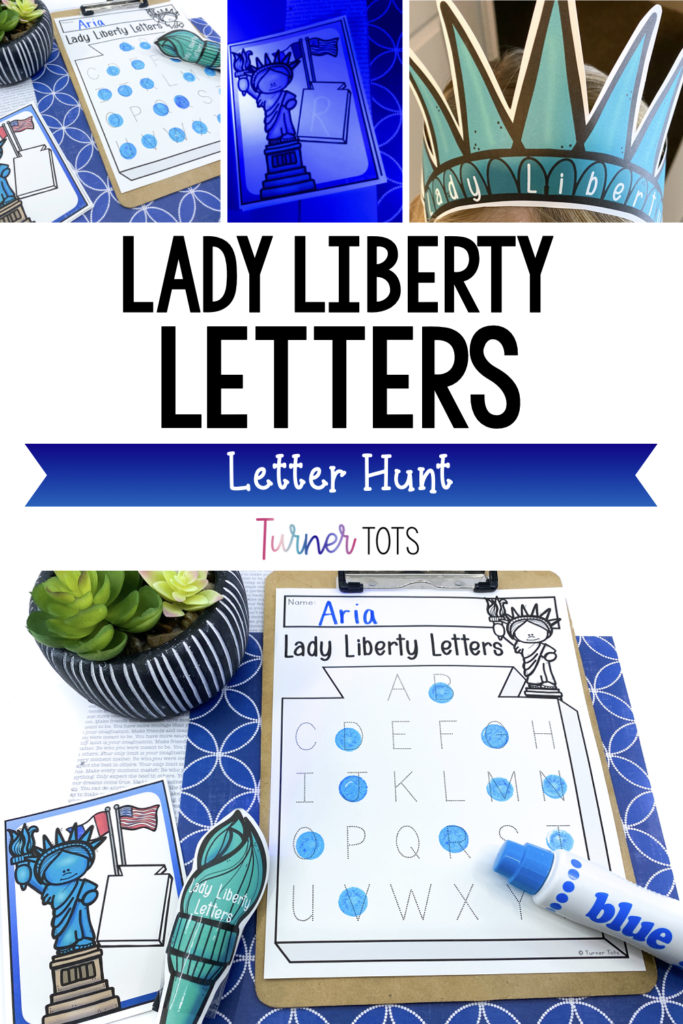 So I’ve actually seen the Statue of Liberty in Paris, but not the one located in New York. The statue we saw in Paris as the sun set took my breath away, so I can only imagine what the one in New York will do as it is four times larger than the one I’ve seen. It’s on my bucket list for sure.

Until then, I put together this activity to work on letter identification and formation: Lady Liberty Letters. Since going on a Ghost Hunt for our Halloween theme was such a hit with the black lights, I decided to make another activity using them.

First, I wrote the letters of the alphabet on Lady Liberty’s tablet using a black light pen and hid them around the room. Then, I attached the torch printout to the flashlight and printed out Lady Liberty crowns (also available in Lad Liberty). It’s these little touches that add to the excitement of learning. We placed the recording sheet on a clipboard and were ready for our hunt!

For my little one, we used a dot marker to record the letters we found, but for older students, the letters are perfect to trace for letter formation practice. Oh, and in case you were wondering, there is a song to sing as you walk around the room! You all know I love me some songs! 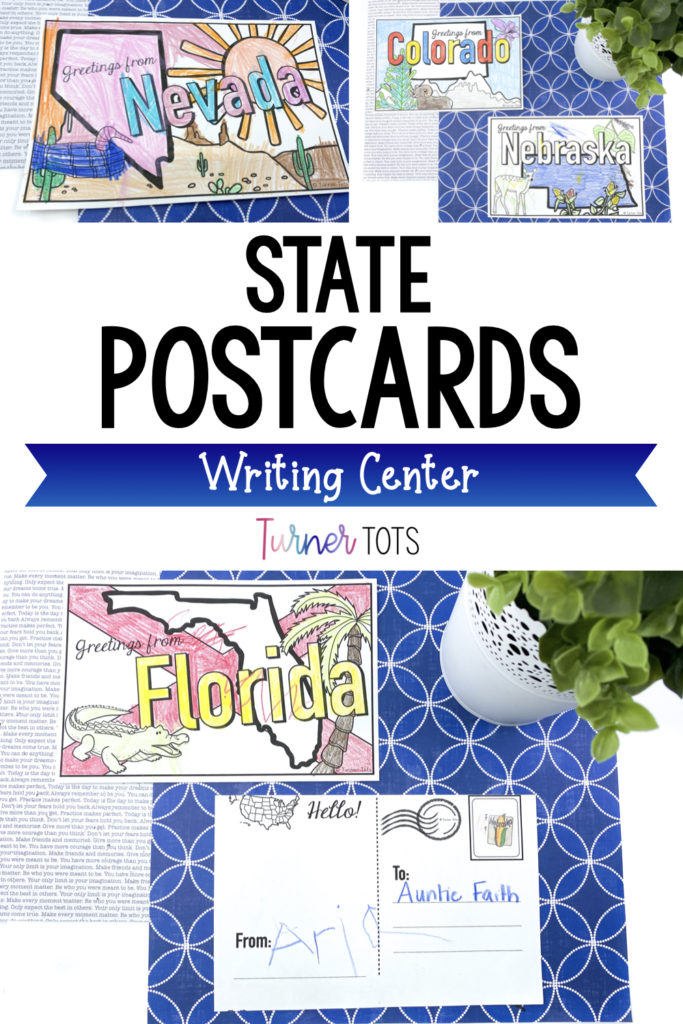 As an authentic writing activity for this week, we colored and wrote postcards to our family and friends. It’s great to just expose kids to the names of our states, even if it’s simply just that. We worked on identifying letters in the state name as we colored. Then, on the back, we wrote the recipient’s name and practiced name writing as the sender. For older students, they can even write a note in the blank space or research some fun things to do in their state to write about. Finally, we added some stickers as stamps to finish our state postcards.

By the way, these Crayola Twistable crayons are the bomb.com! We still have some from our first set that I purchased 5 years ago! The plastic crayons keep little ones from snapping them in half, and it makes them so easy to sanitize!

Next up we have President ABC in which students can work on identifying initial sounds. Each president is holding up a letter of the alphabet that can also be found in his name! While students don’t need to know the name of the presidents on the cards to complete the activity, it just provides some exposure if an adult is doing the activity with them.

Declaration of the ABC's 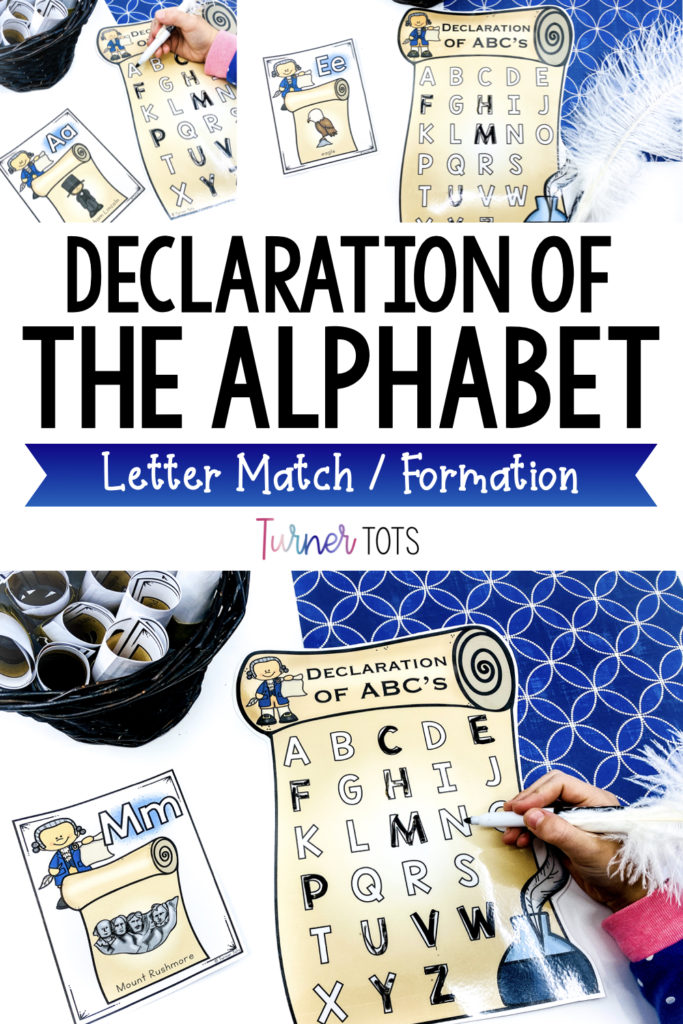 Does anyone struggle with getting kids excited to practice letter formation? This next activity will draw in even the most reluctant writers! Besides the feathered dry erase marker, I rolled up each of the letter cards like scrolls. Just cut a paper towel roll into thin circles to hold them together. The kids could not wait to unroll them!

Inside of each scroll was a letter of the alphabet and a USA-themed picture. The pictures introduce little learners to new people, landmarks, and objects that are significant to the United States. Note: Since some of the pictures are people or places that toddlers may not have heard of, this isn’t meant to be used for initial sound identification like President ABC. Then, we found the matching letter on the Declaration of ABC’s recording sheet and practiced writing the letters on our own scroll. They were so excited about this activity! 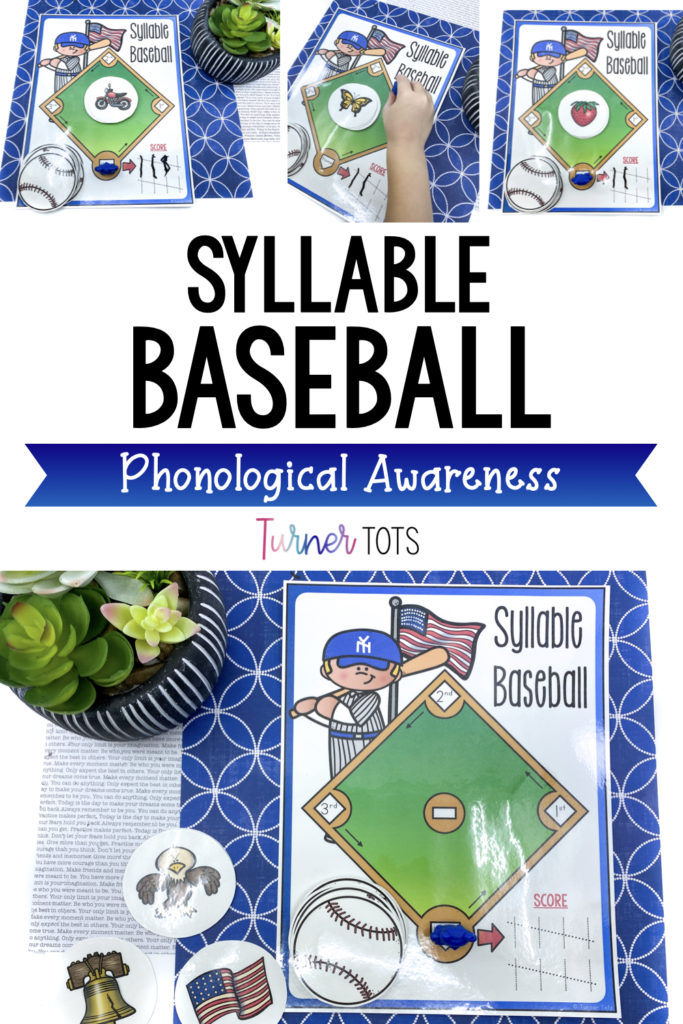 Our last activity for literacy was Syllable Baseball, and this one was requested multiple times throughout the week. This game can be played with 1-4 players, so it’s great for small groups. Shuffle the baseball cards and deal them between the players to place on the bottom left corner of the mat. Taking turns, flip over a card to reveal the picture on the back. Clap the syllables and then use fingers to count the syllables in each word. Next, move your game piece (we used teddy bear counters) the same number of spaces as there are syllables in the word. Just follow the arrows as you go around the bases. If you land on or pass the home plate, add a tally mark to your score. There are just so many skills wrapped up in this one: counting syllables, counting spaces, identifying vocabulary, ordinal numbers, and tally marks! Click below to check it out! 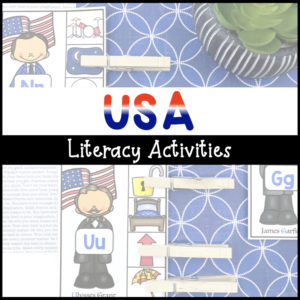 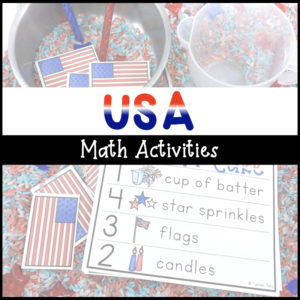 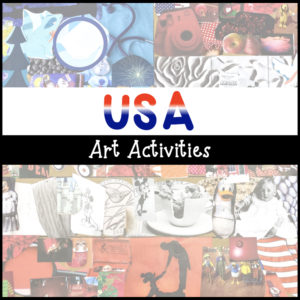 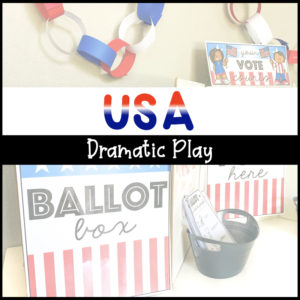 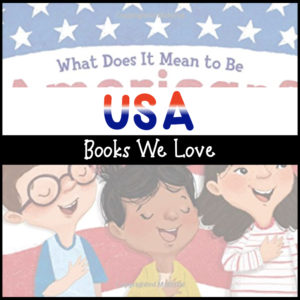 These USA literacy activities are a sure way to have fun while learning some of the basics about the United States! I hope you and your little learners have as much fun as we did! If there is anything you need to make these activities work for your classroom, please don’t hesitate to reach out.

But we’re not done here! Click the links above to see even more activities for your USA preschool theme! 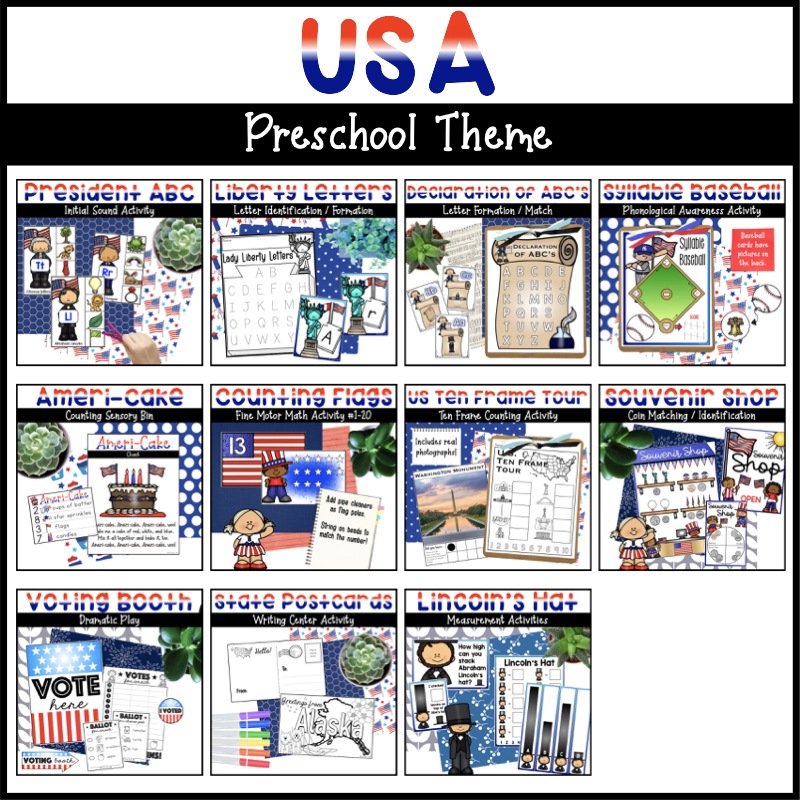 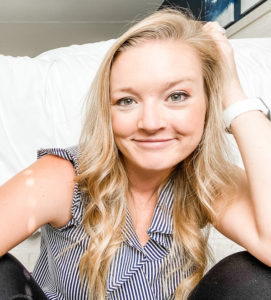